From January 13th 2018, the law will change and it will be illegal for companies to charge customers a fee for using their credit/debit cards. No longer will we have to pay an extra 50p charge on transactions under £5. This legislation change was decided back in June 2017. The new rules mean that people cannot be penalised for choosing to pay with a credit/debit card (online or in-store). This includes transitions made via Paypal and Apple Pay.

The rules apply to any UK company which is selling to UK consumers. However, the new law won’t just affect the UK.  It is part an EU directive banning companies across Europe from charging extra fees.

What does this mean for customers?

Consumers will save. Flights, package holidays, TV subscriptions and council tax all charge a small flat fee for using credit cards (usually around 2%). In the short term, you won’t be saving as much on smaller transactions. However, for expensive purchases like cars and wedding venues, you could be saving hundreds of pounds.

What does this mean for businesses?

Whilst the change will mainly impact the travel industry, small businesses will also be affected. Currently, all businesses have to currently pay to use card services and can often spend up to £100  per month. Since 2013, the current law states that customers should be charged no more than card machine’s operational costs. However, there is an understanding that some businesses are charging extra and making a profit. To some, the  50p charge may not seem minuscule, but imagine 100 of those transactions a month. Those ‘small’ 50p charges add up.

Of course, this is not a reality for all small businesses. We all know that in this economy, smaller shops being hit more and with fewer transactions taking place in those smaller shops, the idea of being able to accept credit card will remain a distant fantasy for some. 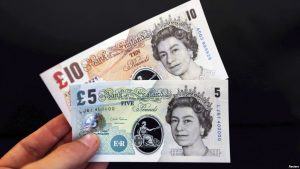 This move could be seen as a way for the government to track and trace all transactions. The UK change in law are similar to recent developments in India. Over there the government changed currency and capped cash withdrawals at 24,000 rupees (£278) a day, in a bid to move the country to trackable transactions. Many countries have a problem with understanding the amount of ‘black-money’ that is circulating at any one point. ‘Black-money’ refers to any money which is earned through illegal activities and so has not been taxed. The idea is, that if people are not being charged to use their card, then they will use it more often. Enabling the government to trace how much the public is spending and how often.

The real reasons are behind the legislative change are still obscure. What is known, is that the new law could be detrimental to smaller businesses