Should we judge each other’s political choices? – Opinion 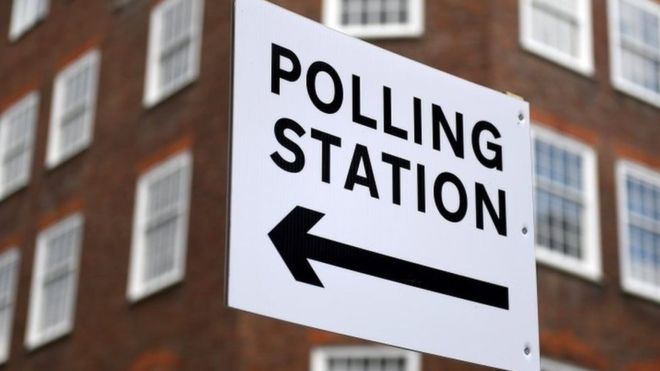 Can morality and politics exist separately?

As polls open today, we are faced with a historic choice in a general election, it is easy to feel justified in judging other people’s political choices. As a nation, we are faced with picking sides as individuals. As much as we are encouraged to think about our communities, I believe that internally, most people vote for the party that best represents their ideals.  In light of this, I have realised that it is extremely tempting to not believe that you are morally superior when it comes to your beliefs about politics and who you choose to vote for. This is a short opinion piece, that explores morality politics.

I recently faced a situation that made me ask if I was right for silently judging the political choices of others. I overheard a conversation that indicated that a group of people were going to vote for a particular party – they had not read any policies or manifestos and they were not intending to. I felt heated because I saw it as irresponsible (which it is, in my opinion): it frightens me to know that the future leadership of the UK is potentially in the hands of people who refuse to learn. It was only made worse when conversations of “who are you voting for?” arose.

I would consider myself to be on the central side of socialism – I find that conservatism attempts to address the needs of the working class in ways that I don’t agree with. How could I explain to a group of people that do not look like me, that I regarded Boris Johnson’s past comments about Muslims and African people, to name a few, to be seriously harmful.

My logic has always been that you follow those who you think like. As a black British woman, with Caribbean and African heritage, it can be extremely hard to explain my convictions in politics, for those outside of that demographic. I personally, cannot find it in me to vote for the Conservatives: mainly due to Theresa May’s handling of Windrush. Furthermore, I cannot get Boris Johnson’s comments about Africa and black people, out of my head – no matter the context or what he says he meant by them. Our under 30 demographic is more black, Asian and minority ethnic than any other and since 2017 have felt increasingly betrayed and unwelcome.

However, you have black British women, of the same heritage, that not only support the Conservatives, but stand for them too. For example, Jayde Edwards, 20, has run for the Conservative Party in Croydon Council by-elections.

In a tweet, she explained why she opposes the Labour party: “This is my problem with @UKLabour. You cannot teach young people to not have to ‘work’ for the things they want to accumulate. Working does not mean a 9.5, it means building/creating something that comes with a cost.”

Whilst it would be easy to judge her, as in my opinion, the clear negative effects of austerity are seen in almost every part of UK society – I cannot deny that her vote is just as valid as mine.

I cannot deny the voices of those, like me, who feel that a main political party goes against everything they believe in. Chief Rabbi Ephraim Mirvis , whist writing for The Times, said of anti-Semitism in the Labour party: “A new poison – sanctioned from the very top – has taken root.” This caused mixed feelings publicly, because many do not label Boris Johnson as the poster boy, per se, of inclusion.

I am of the opinion that, whilst some are completely aware of corrupt ideals within a party anyway and support them regardless – a lot of people are informed by the mainstream media. This is not always completely useful or informative.

On the other hand, although Corbyn apologised twice in 2018 for anti-Semitism within the Labour Party – I can’t disregard other people’s valid concerns and assume that I am taking the high-ground.

However, I can have a healthy level of skepticism towards the different parties, and I would encourage all to do so. Some beliefs held by the main parties should be challenged.

In a campaign that has been characterised by questions of trust and misinformation, both of our would-be leaders and of our news and social media outlets, it has never been more important to move beyond apathy and actively seek out your information. Young voters are still largely written off as not serious and flighty. ‘Young’ in voting terms can really be anything up to your 30’s and 40’s, as the support for progressive ideals in these groups is much stronger than conservatism. ‘Young’ is more than our age, it’s a group effected by similar issues that have plagued us for a decade; student debt, insecure housing, dismantling of mental health services and little movement in wages. This election isn’t about party politics; it’s about our shared experiences.

More than 3 million people registered to vote between the election being called the deadline – and two thirds of them were under 35. That’s 875,000 more than the ‘youthquake’ of 2017. We are a highly politicised group and cannot be under-estimated. These numbers are not accounted for in polls and could constitute a huge group of people able to turn out and looking for change.

Although we may feel justified in tearing down those who vote towards the ‘far right,’ ‘far left’, or are misinformed, we must remember that inequality and associated problems are societal troubles that must be dealt with in all areas and parties of UK society. This can only happen by getting to your polling station today before 10pm and casting a vote that could define our times. If you are in a queue by 10pm, you are still allowed to vote.

You don’t need to take anything with you and you can find your polling station here by entering your post code.

The Glamoristion of British Gang Violence

How will the major parties manifesto's affect black people? 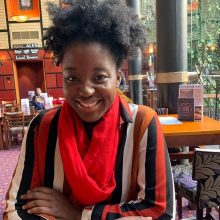 Courtney Carr first began writing for local magazines and online sites at age 14, after experiencing and documenting the Tottenham Riots of 2011. She has since gone on to blog, write and create mini-documentaries. She is passionate about stories that focus on community, politics and the core elements of society.
Politics, Popular