It’s important that fans can continue to watch sporting events over the autumn, which is why we’re exploring the role vaccines might play in this. This will not only allow full capacity stadiums but has the added bonus of incentivising people of all ages to go and get their jab.”

After seventeen months and forty-eight rounds of fixtures, Premier League stadiums are fully open again for fans. The caveat however is that fans may have to be in receipt of both COVID vaccine jabs in order to be admitted, which poses the question to fans “why were they not needed for the Euros?” but that is another question for another day. For today, football fans are just happy that the season starts in less than a week.

Brentford Community Stadium will play host to the season’s curtain-raiser. But by the end of September, it could be COVID passports and double vaccinations as additional requirements for entry at stadiums which might be the topic of discussion.

There have been reports that some Premier League clubs may oppose these plans, saying that they are “unworkable”, especially as these plans were announced a month before the season was going to start. The Shadow Sports Secretary has criticised the government for being indecisive and having a lack of strategy regarding vaccine passports for sporting events.

To insist on vaccine passports less than a month before the start of the season will cause major disruption, especially at the lower end of the pyramid. The government has chopped and changed their advice, making it impossible for people and businesses to plan.”

Vaccine passports are not just looking like they are going to be used in football stadiums. There has been confirmation that vaccine passports will be used in nightclubs from the end of September, which has sprung a similar debate around if this should be allowed.

We turn to our journalists at Common Sense who we asked if it should be a requirement for football fans to be double vaccinated when going to football matches.

The argument for this is valid, especially with concerns of a fifth wave rife not long after our emergence out of wave four. The capacity management over the Euros was especially catastrophic. Allowing over 50,000 fans to attend Wembley for both semi-finals and the final proved to those who were unsure that the government will always put the health of the economy over the health of the public.

Now is the perfect time to show that Health is actually the priority by implementing these passports across the board and lowering the threshold. Of the twenty Premier League sides, only one falls below the 20,000 figure that has been touted. Right now, daily average case numbers are greater than that.

On top of this, the other 72 professional clubs will have the same restrictions placed upon them. With a straightforward approach based on stadium capacity, all stadia with a capacity of less than 20,000 could be limited to a maximum capacity of 50%, while those larger are capped at 20,000 for the first half of the season, then restrictions are eased or tightened after the January transfer window.

What has to be remembered also, these passports also enable you to enter if you can prove a negative test result, so the anti-vaxxers could still utilise it.

Many see vaccine passports as the way forward for us to go back to our way of living, and I, for one, was supportive of this near the beginning of the year.

But as the months went by, times have changed, we have new information, and we have seen that many of us have been vaccinated.

So much so, I have changed my mind on this topic.

And with the decision that football fans must be fully vaccinated to go to matches from October, even though fans will be in the stadiums before this point, this decision will bring more harm than good to clubs, fans and sporting culture. If you bring in vaccine passports, why bring them in when there have already been pre-season friendlies and two months of the season played? It makes no logical sense! How do you expect the government to pull off vaccine passports when they couldn’t get a track and trace system to work? The definition of insanity is doing the same thing over and over again and expecting a different result. It is insane to expect an incompetent government to be competent when all you see is incompetency.

Back to football, lower league teams need money to stay afloat, and they need fans desperately. Vaccine passports will add another barrier to clubs and fans that is unnecessary when looking at how most people are vaccinated. By restricting fans who, for no choice of their own, are unable to get vaccinated for health reasons or are unable to show that they have been vaccinated, we start to turn football into an exclusive sport.

Covid or no Covid time, Sport isn’t supposed to be exclusive.

Sport is all about uniting people, and vaccine passports go against this message. 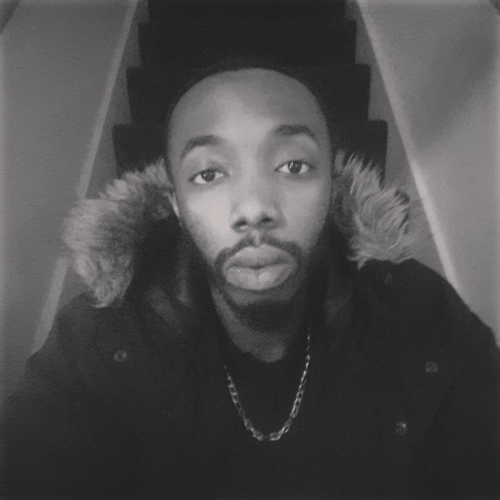 4/10 The Cost of Artistry | Shareefa Energy

In a time where crime in our capital is...
General

By Benedicta Denteh. Millennials today are often considered the ‘hyper-sexual’...