As Sunday’s Russian presidential election nears, the country finds itself embroiled in a number of diplomatic controversies. President Vladimir Putin is seeking his fourth term of office and the outcome of these incidents may come to define the nature of his rule over the coming years.

Tensions with the UK have been rising over the poisoning of former Russian spy Sergei Skripal, and his daughter Yulia. Skripal, alleged to have been a double agent working for British intelligence services, was administered with a deadly nerve agent in Salisbury last week. Russian Foreign Minister Sergei Lavrov has denied any involvement on the part of his government, instead offering to help investigate the issue on an official basis. However, in a statement to the House of Commons, Prime Minister Theresa May said it was highly likely Russia was involved in the attack, which also risked the lives of British citizens.

Alongside this is continuing friction with the US over alleged Russian interference in the 2016 presidential election won by Donald Trump. This escalated when US Special Counsel Robert Mueller, investigating the claims, indicted 13 Russian citizens for their influence in the election, including one, Yevgeny Viktorovich Prigozhin, known to have close ties with Putin. The Russian President was recently pressed on this issue in an interview with NBC’s Megyn Kelly (see video below). He claimed unsurprisingly that his government had nothing to do with the election controversy, as well as adding that he wasn’t friends with Prigozhin. Putin also suggested he would not have the power to deal with those indicted even if he was convinced of their involvement, as bringing criminal charges against them was the role of Russia’s chief prosecutor. In arguing this, he was likely giving himself a legal basis for not aiding the US investigation into the supposed interference, however implausible it is that he would have no means of bypassing his country’s legal system.

Yet despite the fact these may be viewed at least outside Russia as scandals, they will not have damaged his prospects at being re-elected later this week. For one, many have accused the whole election of being heavily rigged in Putin’s favour. Among many other suggestions of corruption, many have pointed to the fact that Russia’s main figure of opposition to the government, Alexei Navalny, has been barred from standing in the election, leaving only little-known figures to challenge the titan of Russian politics.

However, it is also worth remembering just how popular Putin is with the Russian people, regardless of any election fixing. The allure of a strong leader such as Putin is particularly difficult to resist, particularly one who appears to stand up for their country at an international level the way he does. The international controversies currently playing out with Western counterparts just go to show how happy he is to put Russian interests first, rather than bow down to the pressures of the international community. The fact that his government will not hang its own citizens out to dry, or exercise leniency against those who have wronged the country, at the whim of nominal ‘allies’ can only have gone down well with the majority of voters. 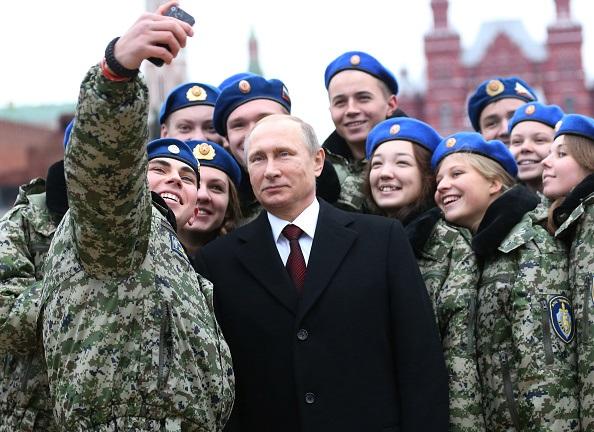 Putin poses for a selfie with members of the military (Source: Getty Images)

Of course, it is important to recognise that much of his popularity comes through the propaganda of state-run media sources (although, with the current state of some of our own media, people in glass houses shouldn’t throw stones…) as well as the effective removal of many opposition leaders which prevents Russians from comparing Putin to potential alternative presidents. Yet at a time of severe instability in various countries around the world, many Russians will undoubtedly view the stability and continuity of the Putin regime as even more valuable than usual, regardless of how this stability has come about. Far from diminishing his good reputation among his citizens, these international scandals and Russia’s cold reaction to them likely serves to boost it.

Is it Back to the Drawing Board for Frida Kahlo?