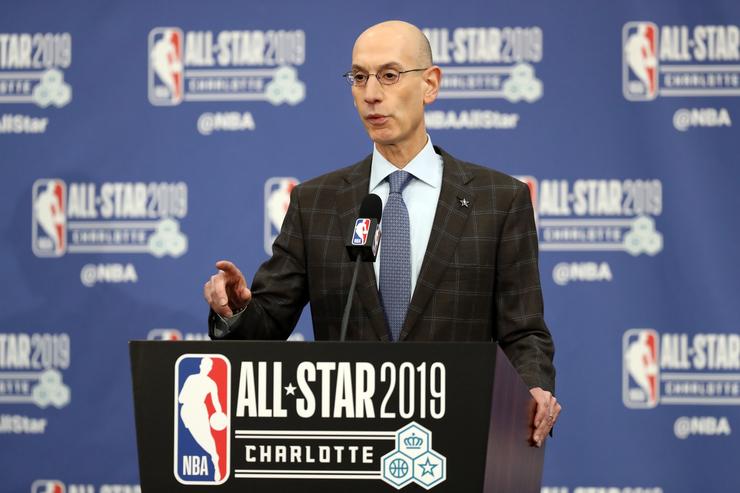 NBA commissioner Adam Silver announced a partnership with Federation International Basketball (FIBA) to launch a global expansion league in Africa. 12 teams will be representing 9 countries across the continent. Teams will have to qualify to play in the league, with no more than two teams per country advancing.

“The Basketball Africa League is an important next step in our continued development of the game of basketball in Africa,” Silver said in a statement. “Combined with our other programs on the continent, we are committed to using basketball as an economic engine to create new opportunities in sports, media, and technology across Africa.”

According to Silver, several of the NBA’s major sponsors have already reached out about partnering with the new Basketball Africa League. Pepsi and Jordan Brand are among the most notable. Former USA president, Barrack Obama, was in favour of the announcement and praised the advancement of the NBA into Africa.

Prominent African emmisery and NBA legend, Manute Bol, who hailed from Sudan, was primarily responsible for taking the game to Africa through his philanthropy work. Popular Chicago Bulls player and ex-Laker, Luol Deng, was one of his pupils. Hall of Famer, Dikemebe Mutombo, has also been paving the way for the unveiling of the new league through his work on the NBA/FIBA’s Basketball Without Borders project, which has been conducting basketball development and community outreach in Africa (as well as five other continents) since 2001.

Ex Houston Rockets player, Hakeem Olajuwon, and Cameroonian NBA All-Star, Joel Embiid, are the past and present superstar centres along with Manute Bol and Mutombo, who raised the African presence in the NBA. In a league where there is only one African president of basketball operations in Toronto Raptors president, Masai Ujiri, this NBA expansion into Africa is exactly what the sport needs on all levels.

The NBA and FIBA plan to dedicate financial support and resources toward the continued development of Africa’s basketball ecosystem, including training for players, coaches and referees, and infrastructure investment. Additional details about the Basketball Africa League will be announced at a later date.

Keep up to date with TCS Sport for all the latest sports news!

Rutvik Bhaskar Perepa is a student at The University of Manchester working towards a MEng in Mechanical Engineering hoping to be on a placement after Year 3. He has had the privilege to travel around his home country, India and discover the rich heritage and diversity. His personal interests include Food and travel, history, Sport among many others. Often found in discourse on various issues ranging Engineering to Religious Practices, he never shy’s away from being expressive. He believes in being open minded, empathetic and analytical is the key to problems posed on a daily basis.