On February 23, 2020, Ahmaud Arbery, an unarmed 25-year-old African American man, was murdered by a white father and son for running in their neighbourhood. Almost two months after the murder, footage of the event was leaked online, and understandably, global outrage ensued. But this storyline isn’t a new one.

In no way do I intend to undermine the intense trauma and heartbreak that accompany these racially motivated attacks and murders within the black community. They are deeply disturbing, infuriating and tragic. But thanks to gradual desensitisation, these awful incidents are no longer as shocking as they should be.

From Stephen Lawrence to Sandra Bland, the unjust and unprovoked killings of black people, all over the world are resulting in many public displays demanding justice; but how many people are looking at the pain behind the protests? It surely should go without saying that seeing innocent children losing their lives, or the colour of your skin being used as a reason to undermine your humanity has an impact. The ‘Black Lives Matter’ movement made evident how much of a mental strain being an advocate for better brings, as 5 prominent activists are said to have died over the past 2 years, two from suicide, one from a heart attack and the two in cases of homicide.

There is little thought as to the impact on the mental health of the black community when videos circulate – whether these be videos of women being brutally shot in America, or of young men being stabbed here in the UK. Whilst the argument can be made that media attention on these issues is beneficial, how beneficial is it for black people to have to see other black people constantly dehumanised and treated as animals? It’s as though everyone has become desensitised to murder when it’s a black person because the media has made it appear almost normal and social media has allowed for it to be increasingly easy to share such videos without even a warning as to the horrifying content they contain.

There are young children who have grown up in areas where it has become normal to have friends or family members lost to knife crime or gang violence. These children should be treated for PTSD, as many people commonly are following exposure to extreme violence or loss. Instead, they exist in a system that blames them for their surroundings and for experiences that are completely out of their control. These children are shaped by things they don’t even understand, but when they act in ways that are outside the norm they are greeted with punishment as opposed to someone asking “why?” and finding a solution. This often causes young black people to follow down the notion of the school to prison pipeline. Leaving them under the belief that their lives are destined for one particular fate; a fate that could have been avoided by some earlier intervention.

The mental health of black people is not just affected by the bigger scale injustices that the media shares; daily micro-aggressions and symptoms of systematic racism are also extremely damaging. Who asks about the mental health of the young black adults that have worked tirelessly to obtain their degree only to become another of the unemployed black graduates that make up the 5.9%, compared to 2.3% of white graduates. Who is there for the black women who are 5x more likely to die in childbirth than their white counterparts? COVID-19 highlighted alarming statistics, such as the fact that black people in the UK are four times more likely to die from COVID-19 than other races ; these statistics do not exist because of biological differences, but instead medical negligence and discrimination alongside environmental racism. Black people are dying at unprecedented rates due to preventable, sociological factors. Why are black people simply being left to exist at a disadvantage?

Whilst carrying the weight of their trauma, black people are also expected to act as teachers and activists for non-black people; instructing on how to act, or how not to act. It is not the responsibility of victims of racism to teach the perpetrators where they went wrong.

As a non-black person, you have an obligation to ask yourself the following. Are you watching from the side-lines, ignorant to your privilege or are you actively acting as an ally, aware of your privilege? Black people did not create the systems that oppress and shouldn’t have to bear the burden of undoing them. As a non-black person, your position can be used to get certain messages across in places where black people are left unheard. This process is to unlearn the racism that is deeply embedded in existing institutions, by engaging in conversations with black people where their stories are told, and asking how you can become an ally.

Racism is far from being a thing of the past and the surface effects of the discrimination and the underrepresentation are not all that needs to be addressed. It’s the ‘small’ things; being the only black person in the office and having to ignore the tasteless comments about “rap music” or “thugs” for peace sake, or seeing white school friends excelling in positions you’re overqualified for, but got told you weren’t the “right fit” for the job. Black hair has been historically ridiculed and even banned in some environments. Black skin has been the punchline for way too many jokes and the constant effort black people must put into proving they are more than the stereotype, becomes an overbearing weight.

The stigmas surrounding mental health in the black community are also detrimental to the wellbeing of black people. Seeking therapy doesn’t make you weak and taking a break is just fine; you don’t constantly have to be proving your worth. It’s okay to sometimes sit out of certain conversations regarding issues in the black community if they affect your mental health.

On reflection of last weeks mental health awareness week, remind yourself that mental health issues don’t disappear along with the campaigns and the increased media focus. Be aware when sharing things, be cautious of the damage you can do even if it isn’t surface level and finally, allow yourself to rest and recuperate where necessary. Mental health is just as important as physical health and it deserves the exact same attention. 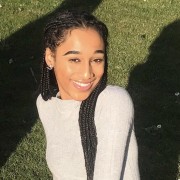 The social justice movement Black Lives Matter has taken the world by storm, ...

The Power of Silence in an Age of Noise

In his 1670 Pensées (Thoughts), French philosopher and mathematician Blaise Pascal wrote that ... 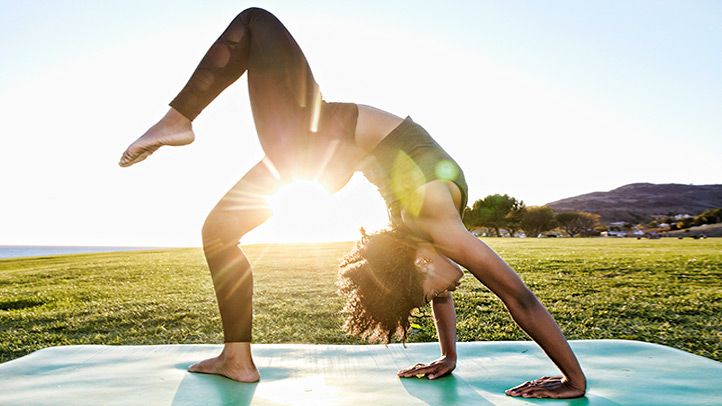