Theresa May’s week could scarcely get much worse. Having taken her Cabinet to a retreat at Chequers to hammer out a policy on Brexit that would be satisfactory for all. Everything appeared to be going passably for once, with the Cabinet apparently falling into line over a ‘soft’ Brexit deal. The pro-Leave faction within the Conservative party appeared somewhat dissatisfied but not expressly so.

That was, at least, until the early hours of Monday morning, when Brexit secretary David Davis sensationally handed in his resignation with a strongly-worded letter to the Prime Minister, asserting that he could not support a policy that would leave the UK in a “potentially inescapable” negotiating position. He was soon followed by foreign secretary Boris Johnson, another Brexiteer who had long been at best an uneasy ally to May, as well as several other prominent Conservatives. If all this were not bad enough, she now has to entertain US president Donald Trump, a controversial figure at the best of times, while protests across the country threaten to flare up. 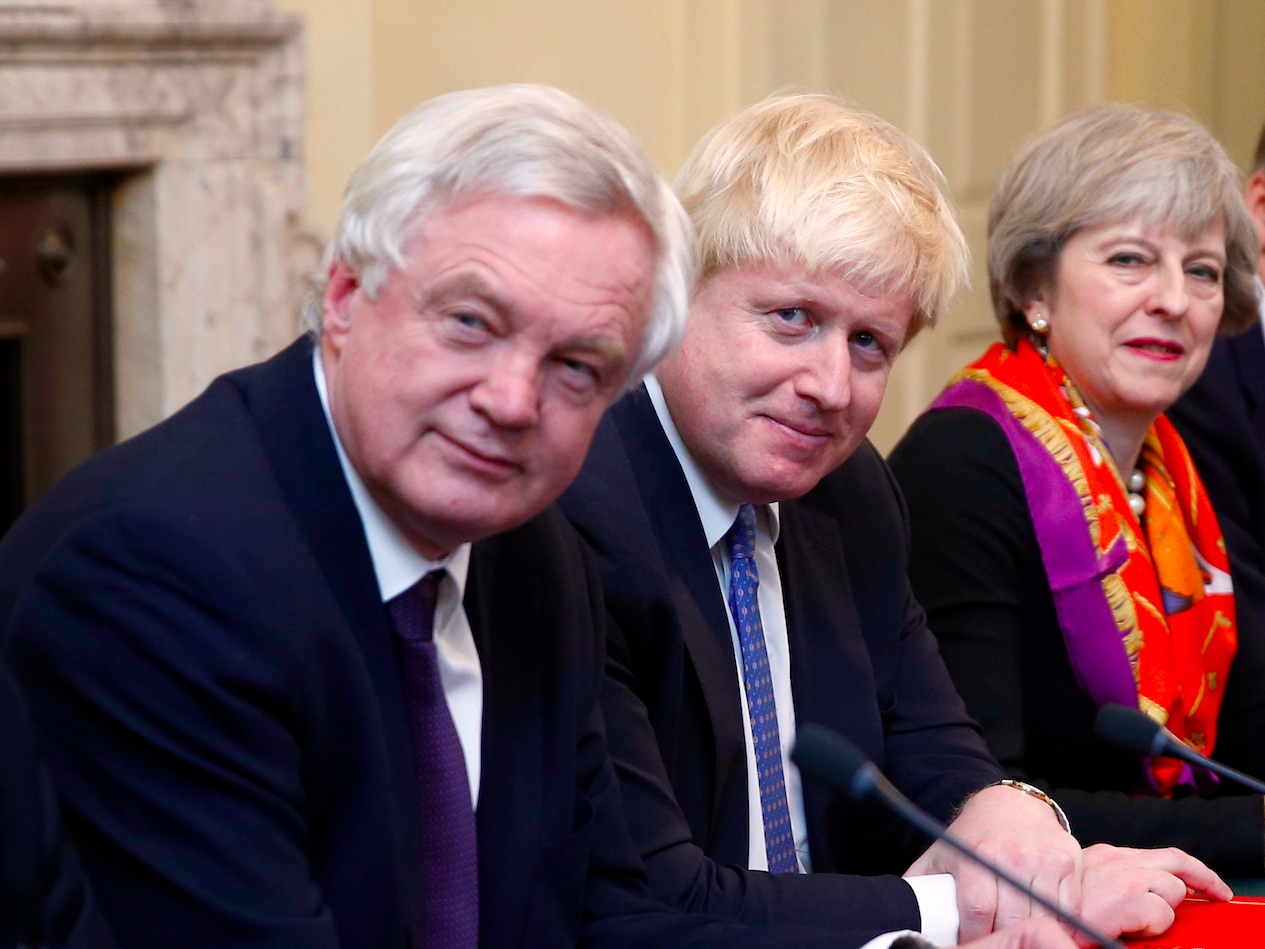 David Davis and Boris Johnson with May, the leader they deserted (Source: Reuters)

Given the departure of key members of her frontbench, who engaged in a public and stinging criticism of her policy, and a substantial wing of her party essentially in open revolt at such a key time for the country, many leaders would see no choice but to stand down. May appears a figure without authority, even within the Conservative Party, unable to exert control over the infighting over Brexit. And yet, it would be fair to say that May has survived worse.

It must be remembered that May made it through the debacle of last year’s election, where she staked her reputation on gaining a larger majority, only to lose it altogether. She also survived a horrendous party conference where everything that could possibly have gone wrong with her speech did go wrong. Compared to those disasters, losing two figures who have often been thorns in her side, and replacing them with arguably more loyal ones in Dominic Raab as Brexit secretary and Jeremy Hunt as foreign secretary does not see, fatal. With Parliament’s summer recess mere weeks away, any plots to remove her will either have to be rushed through, or risk losing momentum by waiting until MPs reconvene.

A far more serious threat to the prime minister may be posed when the time comes for Parliament to vote on the government’s Brexit deal. A defeat here would surely erode the last of May’s authority, spelling the end for her. If the deal looks anything like the white paper presented by the government outlining its negotiating strategy, May certainly cannot rely on those of her backbenchers supporting a ‘hard’ Brexit. Given her lack of a majority, any kind of rebellion from Conservative MPs would mean she has to rely on Labour votes. This approach, though, would be difficult for many reasons. Firstly, the Labour leadership would be highly unlikely to support May when given the chance to torpedo the government and take a step closer to power themselves. Secondly, Labour’s pro-EU backbenchers are unlikely to be satisfied with a deal which is not soft enough, and still distances the UK from the EU more than they would like. Finally, the thought of her ‘working with the enemy’ would enrage members of her own party even more, and may prove the last straw precipitating either a leadership contest or, even worse for May, the creation of a hard Brexit-inspired breakaway party.

Seems to me that fragmentation of Conservative Party this morning means that any brexit plan under any leader (with possible exception of a ‘soft brexit’ version of Gove) will not command a majority in Parliament. Autumn election? Hung parliament again? Referendum v2? Any ideas?

May has clung on to the top job for quite some time now, despite controversy after controversy. But with no obvious way to force through the eventual Brexit vote in Parliament, the government’s Brexit plan, and her leadership with it, may come toppling down.

Should Books Come with “Trigger Warnings”?