This week, Dame Louise Casey discussed the topic of integration, while speaking on BBC Radio 4’s Westminster Hour, stating that: “I would be quite old school about this and I would set a target that says by ‘x’ date we want everybody in the country to be able to speak a common language“. In 2016, in her report on tackling integration as a way of “healing rifts across Britain“, she claimed that speaking a common language would help. 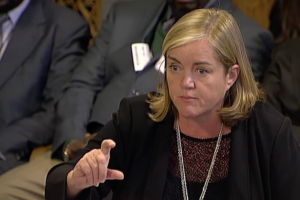 (image above of Dame Louise Casey)

“I don’t care how we’ve got here, I don’t care who can’t speak English [and] I don’t care what’s going on. But what I do know is everybody of working age and of school age should be able to speak one language and I think the public in particular would feel some relief.” 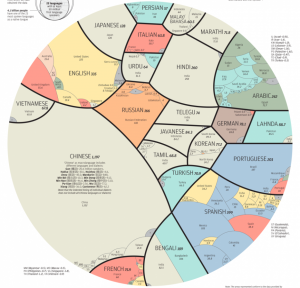 The most spoken language in the world is in fact Chinese, not English. Maybe following Dame Casey’s recommendations we should all learn Chinese.

Firstly, what Dame Casey doesn’t realise, is that there are about 30 different dialects of English in the UK. Which exact type of English is it she wants us all to speak? Is she going to turn round and tell inner city Londoners, who have been ‘integrated’ and working all their lives, that they need to learn ‘proper’ English because they say ‘bruv’ and ‘fam’? Isn’t language fluid and changeable? Not only that, she seems to have forgotten that Welsh and Gaelic are languages spoken in Britain too.

Dame Louise Casey doesn’t seem to have considered that Welsh, not English, is commonly the first language in places like Gwynedd. Westminster barging in and telling everyone to speak English will not go down well at all. https://t.co/ajoNn6sM7x

Dame Casey wants us all to speak English by a particular date. Except the UK doesn’t have the infrastructure right now to support and actually implement a strategy to ensure that everyone speaks “one common language”. ESOL (English as a Second Language) classes are already oversubscribed and the wait can be up to 2 years.

We have to remember that if these recommendations go forward, many people will begin to lose their mother tongue, as English is forced upon them. There are statistics to support that learning and knowing more than one language boosts economic growth. The question I pose to Dame Casey is this: Do you really think that there are people in the UK that do not speak any English at all? If people are working, living, eating  and exiting in the UK on what little English they know, why do we need to force them to learn English? When we already test immigrants on their English ability, before they can enter the UK. Why do we need to test them further?

Is Trudeau losing his Magic?