The government of South Africa has taken the first steps towards land reform, in attempt to address the racial and economic inequalities that have plagued the nation throughout its history.

At the end of the Apartheid regime in 1994, the white minority owned 87% of the land, whilst the black majority owned 13%. Historically, South Africa had its land dispossessed by the settler colonial white minority, leaving what has been categorised as “an indelible mark on the social, political and economic landscape of the country”. This established a society based on “exploitation of black people and sustenance of white domination”.

President Cyril Ramaphosa, announced in his State of the Union address that the government will begin expropriating land without compensation. He said the intention to fast track land reform should not be seen as a threat, given that land reform will be accompanied by improved food security and increased agricultural production.

Subsequent to this policy change the EFF (Economic Freedom Fighters), a left-wing party led by Julius Malema, tabled a motion in Parliament calling for the expropriation of land without compensation. The motion sought to amend Section 25 of the Constitution of South Africa, which requires the state to compensate land owners when expropriating land in the public interest. This has prevented any real land reform, resulting in only around 5% of the land being returned to black people in 20 years of democracy. The motion passed by an overwhelming majority of 241 to 81, meeting the threshold of a two-thirds majority required to amend Section 25.

The motion will see the establishment of an ad-hoc committee which will “conduct public hearings to ascertain the necessity of, and mechanisms for land expropriation without compensation”. It will also propose necessary constitutional amendments to aid the land tenure regime. Julius Malema explained his vision for how land will be redistributed in South Africa, suggesting the new regime should be seen as “an opportunity to free all of us from the bitterness and pain of the past.” According to Malema, “the state should be the custodian of the land”, and that anyone who wants to use it will have a lease agreement depending on what their arrangement is. He sought to allay fears of land owners by assuring that “no one is going to lose his or her house… no one is going to lose his or her factory or industry”, but that the state will simply be the ultimate owner of the land.

It will be interesting to see how South Africa’s land reform fares in comparison with that of Zimbabwe. Some critics blamed Robert Mugabe’s land reform policy for leading to the Zimbabwean economy wrecked by hyperinflation, mass unemployment and emigration. Thousands of farmers were forced off their land by Robert Mugabe’s supporters in 2000, leading to a collapse in agricultural production. Many ousted farmers moved elsewhere in Africa, particularly Zambia, where they were welcomed for bringing investments in the form of capital, equipment and agricultural know-how.

It must be said that Zimbabwe’s land reform was hastened by the UK and American governments’ refusal to uphold their end of the Lancaster House Agreement, signed in 1979, that allowed for the creation and recognition of Zimbabwe. Robert Mugabe and his party Zanu-PF were forced to accept a 10-year postponement on any land reform, whilst the British and American governments undertook the compensation of white citizens for any land sold under the ‘willing buyer, willing seller’ principle. Tony Blair’s Labour government was less willing to continue the costly policy, especially given the lack of public support for it.

It would serve South Africa well if their land reform is tempered, and adequately supported by competent government institutions and infrastructure. If they do not learn from Zimbabwe’s history of land reform, they risk repeating its failures.

Benin Will Fight To Secure Its Heritage 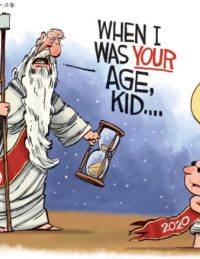 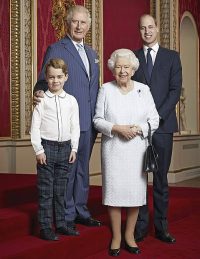