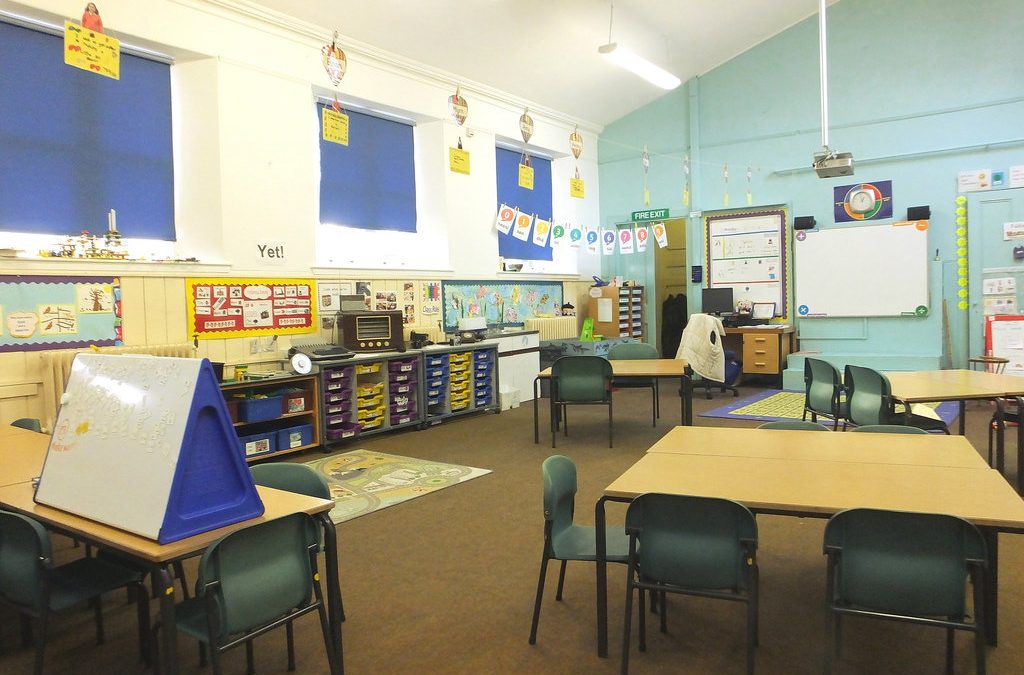 School funding has become more transparent as we draw close to Brexit.

It’s been revealed that there has been a cut in school funding and schools can’t afford the basics of stationary and textbooks let alone teachers and caretakers.

Staff have been made redundant, subjects have been scrapped because of these cuts however, pupils continue to grow in size in classrooms.

This has had a number of effects on schools across the country. In Gloucestershire, managers have delayed turning on the heating until November – teachers and children are wearing coats indoors to keep warm, teachers are being asked to teach subject they do not specialise in and in Birmingham, pupils are being sent home at lunchtime on Fridays.

Angela Rayner, shadow education secretary says the government should be appalled and “it is a disgrace that in one of the richest countries in the world, schools are forced to beg for funding from parents.” She also added “The principle of free education regardless of income is a human right but it is being undermined by Tory cuts to our schools. A whole generation of students are paying the price for austerity.”

Statistics from the Institute of Fiscal Studies show that since 2010, sixth form colleges have seen funding cut by 21% and school funding overall has diminished by 8%.

Layla Moran, the Liberal Democrat education spokesperson said “This investigation should shame the Tory government. With teachers covering for cleaners and parents donating money for essential services there is no way Conservative ministers can deny there is a lack of funding for our schools … to fail to act is to leave both teachers and children in the midst of what is clearly a crisis”.

Early lastmonth, headteachers in Carlisle issued a letter to parents explaining the extent of the impact of funding cuts.

The house of commons has published data that school funding has been cut by £1.3m, the equivalent to £395 per pupil in Carlisle since 2013. This has resulted in cuts to repairs to school building, equipment, support for vulnerable children and the list goes on.

The headteacher of Tolworth Girls’ school in south London says she has had to clean toilets and serve food in the canteen to save money.

The department for education says they’ve increased their budget to £1.3bn this year, along with it they’ve introduced funding formal meaning money is targeted to where it’s needed the most.

In September last year, more than 2,000 headteachers took to Downing street to protest the budget cuts, however nothing seems a lot has gone downhill between then and now.

The system may have its flaws but teachers reducing school hours, removing subjects and replacing teachers with those who have little knowledge of that area to try keep the school afloat surely is a daunting thought for any parent.

It may not be black and white but are the government depriving our children from a good education when they don’t even have the basic necessities. Are they even safe, if schools can’t pay for building maintenance? It needs to be addressed.

Dolline is a traveller, journalist and blogger who has palate to try new things. She is a very spontaneous person; you might find her skydiving over the Kenyan coast to kayaking in the Lake District. She can be an over thinker who thinks of every outcome but if she doesn’t she welcomes the change that wasn’t planned. However, she is a very simple person who is up for a good laugh or a book and enjoys living the moment. Dolline also writes for her small personal blog called ‘Swatches of Beauty’ and is currently a production journalist trainee at ITV Border.