The Police, Crime, Sentencing and Courts Bill has sparked controversy and outrage across the country, with some describing it as ‘authoritarian and Orwellian’.

The controversial legislation gives police and the government more powers to restrict and control protests in unprecedented ways, such as being able to control when protests begin and end, similar to marches and demonstrations.

Ministers say that existing public order legislation is outdated and no longer fit for managing and regulating contemporary protests and gatherings.

It comes after protests in the past few years have turned disruptive and violent. The law has come to prominence again after the police were fiercely criticised for their handling of a a vigil for murdered 33-year-old Sarah Everard, where four were arrested.

However, critics say the law is ambiguous enough to be totally at the discretion of Priti Patel and the police. They argue that the Bill, which defines an unlawful protest as one that causes ‘too much annoyance’, would effectively end freedom of protest as we know it.

Barrister and author Chris Daw said, “This will be the biggest widening of police powers to impose restrictions on public protest that we’ve seen in our lifetimes.”

“The bill hands over the power of deciding whether a protest is justified or should be allowed — decisions we as citizens have had for generations — directly to the Home Secretary.”

“That’s an extremely chilling development. It’s completely contradictory to everything the liberty of the free citizen is about in Britain.”

The Bill is arguably the most authoritarian piece of legislation that has ever been passed in recent history of the United Kingdom. It has the potential to defy higher laws which give citizens the right to protest, and would change the way we protest for decades to come.

A particularly worrying aspect to this is the description of an unlawful protest as “annoying”. Citizens have the right to be annoying.

There is an distinct arrogance to this description, as “annoyance” is entirely subjective. What one person finds to be annoying, another may find vital or of the upmost importance.

Why should the government, the police or anybody get to decide what “annoyance” is and isn’t? Why should their bias for or against particular movements become mainstream?

The right to protest is partly based upon the idea that nobody should be able to decide what can and can’t be said or protested against in the public arena. Once the government has that power, it can easily be weaponised against movements it doesn’t like.

This Bill will essentially give the state the power to decide what can and can’t be said publicly. This is no different from fascist and authoritarian regimes in the past, such as Hitler’s Nazi regime. The illusion of democracy will be shattered.

However, it is important to remember why the government felt such a need to pass this Bill in the first place. This is a direct response to disruptive actions that groups have taken in order to get their message across.

It’s clear that certain members of government don’t like certain movements anyway. Priti Patel has described the Black Lives Matter protests (and subsequent riots) as ‘dreadful’. An argument could be made that this Bill would give her the power to enforce that bias at an institutional level.

Despite this, there is no denying that direct action will have direct consequences. People have the right to protest, but they don’t have the right to disrupt others from their daily lives, cause civil unrest or commit criminal damage.

In 2019, XR protestors blocked a Murdoch-owned printing press from delivering newspapers. Some would argue this was a direct attack on freedom of the press (and speech, by extension.)

In 2020, Black Lives Matter protests turned violent in the capital. Police officers were assaulted, people were arrested and a statue of Winston Churchill was vandalised.

The Bill should still be opposed by everybody, as it is fundamentally anti-democratic. However, the unlawful nature of direct action by certain movements must be tackled somehow. The government could not just stand by and allow it to continue indefinitely. 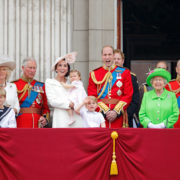 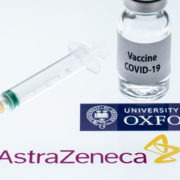