Labour civil war – Keir Starmer faces down the left of his party as he rejects calls to reinstate Rebecca Long Baily as shadow Education Secretary.

On the 26th of June 2020, Rebecca Long Baily was sacked from the Labour front bench after retweeting an article by actress Maxine Peake and calling her “an absolute diamond”. The article claimed that police in the US had been trained by Israeli secret services to kneel on the necks of suspects. This was viewed as an anti-semitic conspiracy theory as it implied that Israel was indirectly involved in the killing of George Floyd – who was killed when a US police officer put his knee on his neck.

Keir Starmer made tackling anti-Semitism the foundation of his leadership campaign, however many on the left of the party see the removal of Rebecca Long Baily as a disruption to the balance of power. Rebecca Long Baily is considered by many to be the ‘anointed successor’ to Corbyn’s leadership, and thus see Keir Starmer’s decision as a political move to silence their voices within the party.

Why is the Labour Party prone to infighting?

This infighting within the Labour Party isn’t new. Both Neil Kinnock and Tony Blair had to fight off the hard left of the Party. Tony Blair for example removed clause IV from the Labour party’s constitution, despite the fact that many saw it as a cornerstone to a truly socialist agenda. Advocates of Blair would argue that the rebranding of the party and the move to more moderate policies paid off, citing that it led to the Labour Party winning two of the biggest majorities in history. Critics of Blair would argue that he moved the party too far to the right, which has left many voters feeling disillusioned and authentic about politics; seeing no difference between labour and the conservatives.

The UK first past the post system, makes it extremely difficult for new political parties to have electoral success, even when they win a large proportion of the popular vote.

This means that coalitions between political movement are formed before elections not after then. In the case of the Labour Party, the moderates who understand the need to compromise in order to achieve electoral success are in constant battle with the socialist (or corbynites) who believe that campaigning on socialist principles is more important than winning an election.

An example of when the party split due to ideological differences was in 1981. Known as the gang of four, Bill Rodgers, Shirley Williams, Roy Jenkins and David Owen left the labour party after a January conference in which the party committed to leaving the European economic community and nuclear disarmament. Believing that the labour party had drifted too far to the left the gang of four created the social democratic party (SDP). Despite winning 25% of the popular vote they only got 23 seats, this was hugely damaging to the Labour Party who lost 51 seats during that election. Although the SDP did significant damage to the Labour Party, the split inadvertently led to Thatcher gaining 47 more seats, something the Labour Party and SDP didn’t want.

Starmer’s decision is no different to Blair’s removal of clause IV, in the sense that he wants to distance himself from Labour’s recent past in order to improve their electoral prospects. However, if Stamer alienates too many on the left of his party, a split similar to the one in 1981 could occur – hurting the chances of a progressive government.

It is still unclear how far to the centre Keir Starmer will move the party, and how much compromise those on the left will accept. Whatever happens, the one thing that history tells us is that it is impossible for Labour to win if the progressive movement isn’t united. 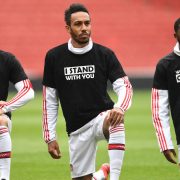 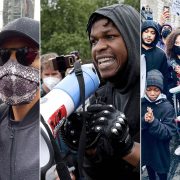