The Swedish high street retailer H&M has appointed a new global head of diversity and inclusiveness, as it attempts to repair its relationship with the public after the controversy of recent weeks. H&M have been embroiled in a crisis and have been working to fix the damage done to its reputation by an advertisement in which a black child modelled a hoodie with the text reading ‘coolest monkey in the jungle’. 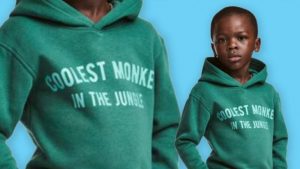 Artists such as  The Weeknd, and hip-hop artist G-Eazy have ended their partnerships with H&M, amid an intense social media backlash. H&M apologised quickly for the image via a statement on its Facebook page, emphasising that it “[strongly] believe that racism and bias in any shape or form, deliberate or accidental… are simply unacceptable”. However, despite this apology and the steps taken to pull the hoodies in question from its stores worldwide, it didn’t stop a protest in South Africa led by the left wing EFF (Economic Freedom Fighters), where protesters trashed H&M stores in Johannesburg.

In regards to H&M pic.twitter.com/EuvWMmZ6XA

Now, after having “reached out, around the world… inside and outside H&M” to get feedback on the issue, H&M appointed Anne Wu to be the new global head of diversity and inclusiveness, moving from her former position as global manager for employee relations. The company maintains the recent incident was purely unintentional, and that this appointment “demonstrates so clearly how big our responsibility is a global brand”.

People drove H&M to drop their prices 80%. While you’re at it pretty sure my student loans said something racist just FYI

All of this rage in response to the recent H&M advertisements should also be channeled towards the working conditions in their factories, as well as their wages.

Its true that the staff at the retail stores are not responsible for the poor judgement shown by the advertising team, yet time will reveal if global corporations of similar scale to H&M have learnt of the potential costs of insensitivity towards ethnic minorities.

What’s All The Fuss About GDPR?