Virgin Trains announced that they are pulling out of the Daily Mail. They announced Tuesday morning that they would no longer be stocking the Daily Mail newspapers on-board their trains. Virgin Trains pretty much have the monopoly on routes from London to Manchester, the majority of commuters being businessmen and women and people on their daily commute.

The news that a company like Virgin Trains is no longer wanting to associate themselves with a paper like the Daily Mail has people all over the UK rejoicing. The Daily Mail, known for its anti-immigration, racist and homophobic stance, has responded, calling Virgin Trains’ actions ‘disgraceful’. 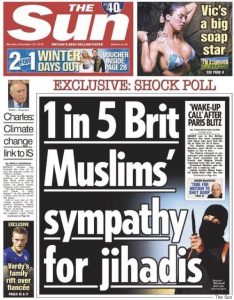 Drew McMillan, the head of colleague communication and engagement said about the move to get rid of Daily Mail papers:

“Thousands of people choose to read the Daily Mail every day. But they will no longer be reading it courtesy of [Virgin Trains]. There’s been considerable concern raised by colleagues about the Mail’s editorial position on issues such as immigration, LGBT rights, and unemployment. We’ve decided that this paper is not compatible with the [Virgin Trains] brand and our beliefs. We won’t be stocking the Daily Mail for sale or as a giveaway.”

Daily Mail defended itself by calling Virgin Trains a disgrace. “It is disgraceful that, at a time of massive customer dissatisfaction over ever-increasing rail fares, and after the taxpayer was forced to bail out Virgin’s East Coast mainline franchise – a decision strongly criticised by the Mail – that Virgin Trains should now announce that for political reasons it is censoring the choice of newspapers it offers to passengers.”

The newspaper claimed that Virgin Trains had already told them last year that it would stop stocking the Daily Mail to save space. “They gave no other reason, but it may be no coincidence that all those titles, like Virgin owner Sir Richard Branson, are pro-Remain,”

Virgin Trains have stopped providing The Daily Mail as a giveaway and for sale on their trains as its incompatible with their values.

If anyone fancies heading over to the Virgin Trains Twitter to give some support, it might encourage other companies to do the same!

What a shameless lefty attempt to censor the British press. How is it ok to ban people from reading things just because you don’t agree with them? Such a pathetic cry baby attitude. If I don’t like something, I don’t buy it, but I value the choice.https://t.co/WiA1n2FPwq

Of course Nigel Farage seems to have caught the wrong end of the stick:

We are heading in a worrying direction. Banning things because you don’t like them solves nothing. https://t.co/vjubxPVuo5

Virgin Trains is in no way banning the Daily Mail, just choosing not to stock it.

Is this censorship?  Or is this paving a way forward for media that is fairer and more straight-talking? All we know is that we are one step closer to finally taking down an incredibly biased and racist media giant.