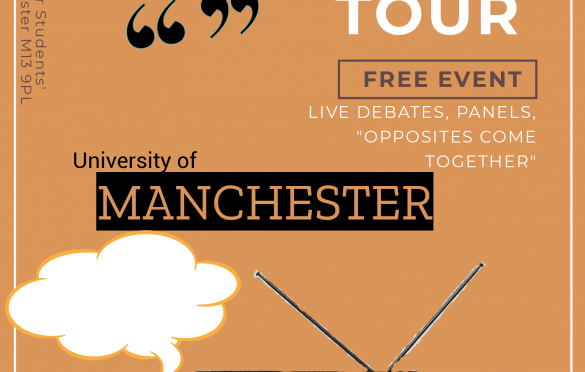 The Common Sense Network Tour is a fun and exciting way to get millennials in UK Universities and out, to think and discuss politics and current affairs critically, as well as engage in issues we collectively care about. 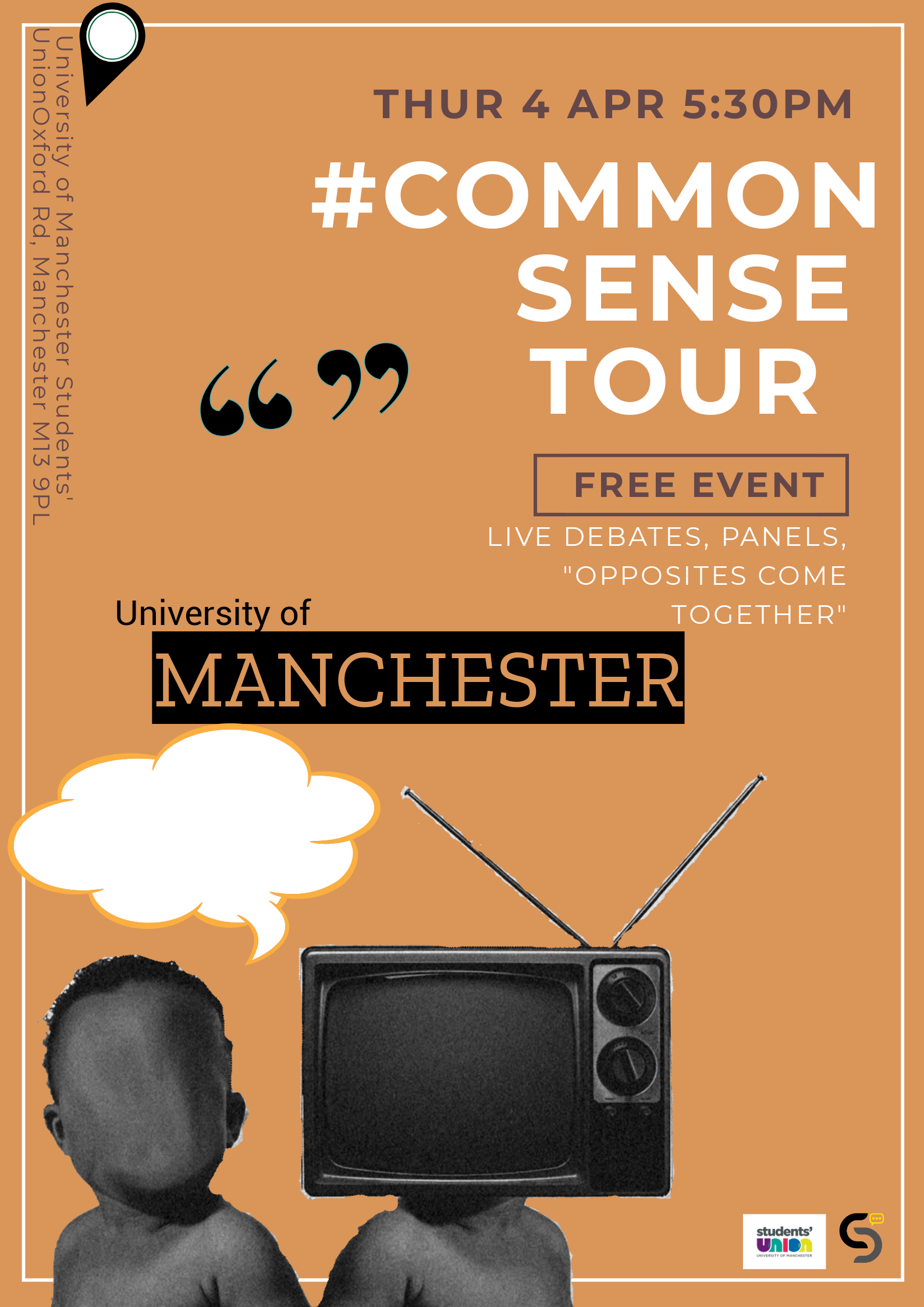 This tour will allow the audience the opportunity to interact and challenge the narratives we see in the mainstream media, by hearing opinions from both left wing and right wing and then leaving you to decide what you think.

Get involved and join us at the University of Manchester where you’ll see debates, keynote talks, entertainment, crowd interaction and much more. 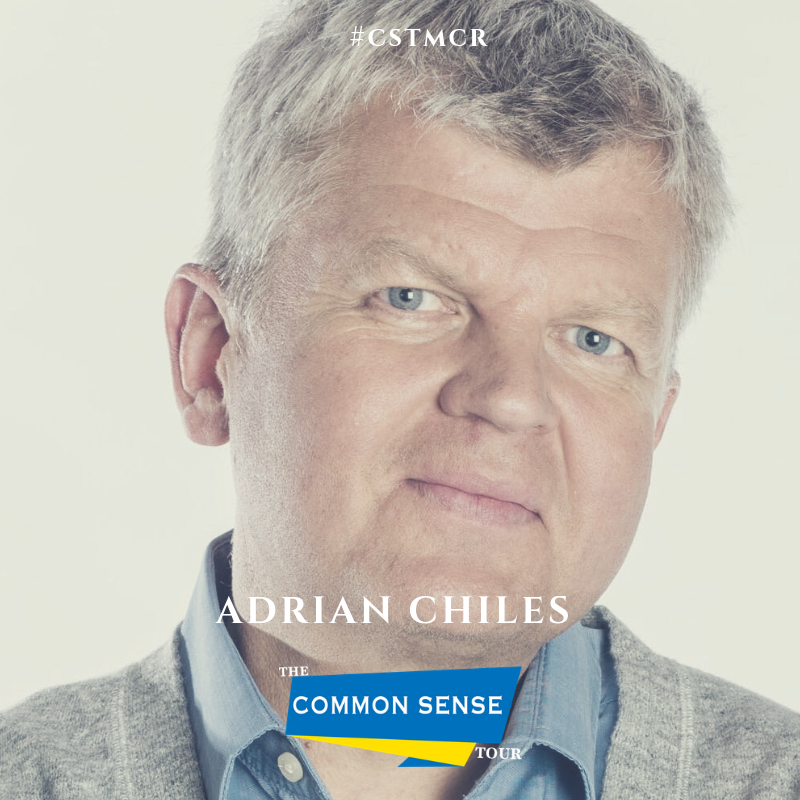 Debates on the night include:-

Tommy Robinson Banned From Facebook – Why Do We Not Ban The Far Left?