After prolonged public pressure, Jeremy Corbyn has finally declared that Labour will be backing the UK staying in a customs union with the EU. This may prove to be a stimulant for clearer Brexit plans from the government, who, for the past year and a half, have left the British public unsure about the country’s future. The nation wants to know what kind of trade deal Theresa May will either triumphantly win or regretfully settle for.

To decode the EU jargon, a customs union is an agreement between a group of countries to trade freely amongst each other and set a Common External Tariff to all other countries. It is one of the first stepping stones for economic integration. A deeper form of integration would be a single market, which involves the free movement of goods, services, capital and people between a group of countries. This is essentially the European Union; therefore, the UK belongs to both the EU customs union and single market. Brexit, however, has thrown all of this into question. How do we define Brexit? Leaving the single market alone, or both market and customs union?

Theresa May has made it clear that the UK will be leaving the single market. She is also firmly against the UK remaining in the customs union, though there are members of her party who do not concur. Obviously, Conservative remainers hope for Brexit to be as ‘soft’ as possible; contracting minimal deviation from actual EU membership. It could be argued that May’s plans to leave the single market and customs union while striking free trade deals with EU countries are mutually exclusive. The UK cannot have her cake and eat it too. If ‘Brexit means Brexit’, the loss of absolute freedom of trade with EU countries is inevitable. Corbyn, though, reckons that setting our own trade deals is unlikely to ‘compensate for a significant loss of trade with our neighbours in the EU’. The cabinet must decide how much trade is worth sacrificing for the sake of UK sovereignty.

In our attempt to paint a clearer picture of post-Brexit Britain, we must consider the result of the government’s House of Commons customs union vote. Postponed until April due to rising fears of defeat, the results will be a key determinant of how hard or soft Brexit really will be. Now that Corbyn is determined and even encouraging other party leaders to support the vote for remaining in the customs union, the Conservatives no longer have a majority and some of May’s own party members are opposed to her vision, this vote could be detrimental to any hopes of a hard Brexit. If May is defeated, she must lead the country out of the EU in a soft Brexit, exactly the outcome she argued against. It would be yet another fiery dart thrown at her leadership. However, it may not be the most likely outcome. 14 Conservative members would have to rebel for May to lose the vote. The Conservative Remainers who would be capable of inflicting a defeat on May appear not to be adamant on doing so in the vote.

The future of UK trading remains uncertain, with much of it hanging on the other side of April’s vote. Every political occurrence matters right now as Brexit hovers on the fence.

John Major: MPs should be free to reject Brexit deal 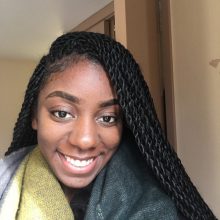 Danielle is currently an Economics undergraduate at the University of Essex. She is passionate about writing, music and intellectual empathy
Politics