The filmmakers of Padmavati, a Bollywood film have been waiting for The Central Board of Film Certification (CBFC) to approve the film so it can be released. The film, based on the story of a 13th Century Indian queen, was initially scheduled for release on the 1st of December 2017 but was delayed as people took offence to the portrayal of the Rajput queen. Many organisations and activists (namely the BJP,Bharatiya Janata Party, members) took issue with the historical inaccuracies of the film saying that it cast Padmavati in a bad light. Activists vandalised the set and the film director Sanjay Leela Bhansali was assaulted on set swell. Death threats had been made against lead actress Deepika Padukone. 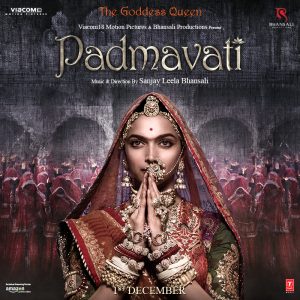 The original poster for Padmavati with the December 1st release date.

As the film was based on an epic poem by the Sufi poet Malik Muhammad Jayasi in 1540, the creators of the film argued that they shouldn’t be threatened for taking creative license with the tale. It was Jayasi after all who fictionalised history and created a ‘false narrative’. The Censor Board reported this Saturday that the process for the film to get a U/A rating has begun, provided the film change its title to make it clear that it is based on the fictional poem. The chief of the CBFC Prasoon Joshi  said “There are no cuts suggested in this film by CBFC, only five modifications. The incorrect or misleading reference to historical places must be modified“.

Of course there has been outrage both ways on twitter. With right wing activists claiming the film to be Muslim propaganda and left wing activists calling out the censor board for over-reacting.

I am pretty sure the entire world will still call it #Padmavati regardless of the title change. Unnecessary tactics, but at this point who the hell cares. Just let this movie release ?

The new title of the film is to be Padmavat.

Now that #Padmavati has lost an i, can we call the aggressors Karn Sena? Coz, an i for an i.

Deepik Padukon is ok with the name change #Padmavati

Many throughout the world have been waiting for this film for a long time, with production having started early 2017. The new release date is February 2018. Fingers crossed there won’t be any more modifications or cuts. 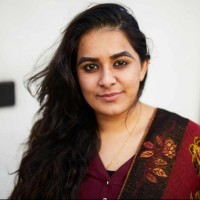 Starting The New Year With May

How To Survive Social Media In The New Year