An Apple watch could have possibly saved a man’s life.

52-year-old Kevin Pearson’s apple watch alerted him that his heart was not beating properly.

One day Pearson was sat reading a book when his heart began beating as fast as 161bpm when his watch alerted him. Despite that, he wasn’t feeling any symptoms and although doing very little, it suggested he could be having a heart attack. The watch instructed him to sit down as it measured his heart rate over the following couple of minutes and his heart rate showed an irregular pattern, rapidly increasing to as high as 135bpm then as low as 79bpm.

Mr Pearson had been taking his father to the hospital for an appointment and got the attention of a nurse and explained what had been happening with his watch. He said ‘it’s possibly just my watch that’s wrong but can you have a look?’ The doctors told him there was something wrong, possibly an arterial fibrillation where the heart beats fast and irregularly.

More needed to be done, so the doctors fitted Mr Pearson with heart rate monitors, which showed that there was something undeniably wrong and referred him to see more specialists at a local and larger hospital. They did the same thing and found that he was in the middle of what doctors call an ‘event’.

The doctors aren’t sure of what caused his unusual heart rate but same readings could have been an indication of a heart attack, blocked arteries, or something else just as serious.

The Apple watch takes regular heartbeat readings and sends it to the phone meaning it can spot something out of the ordinary, and because this information was stored on his phone, Mr Pearson could share that information with his doctor.

“I felt nothing,” he said. “My initial reaction was that there might have been a problem with the Watch. I felt absolutely fine.

“Even now, if I hadn’t put my Watch on, I wouldn’t know if I was having a similar sort of event.”

His watch will keep monitoring his heart rate which will allow him to alert doctors if he has the same symptoms.

“They’re monitoring now, and I’ll let them know if it ever spikes again. The watch is set up so that it will tell me if my heart rate ever goes over 120bpm,” he said.

“I’ve used my Apple Watch for calendar events, to complete its targets by exercising, and using it to lose weight,” he said. “The heart rate wasn’t really of any particular value, and I didn’t even know it could alert you if it was too high.”

Mr Pearson is grateful that his watch saved his life and hopes that more people can be saved by not only the watch, but by partaking in studies being done with health information taken from them.

Dolline is an MA Broadcast Journalism graduate and an ITV Breaking into News finalist. Currently she is a voluntary co-host/contributor on show called ‘A Chat with Elle Celeste’.

Cancelling Culture Needs to be Cancelled 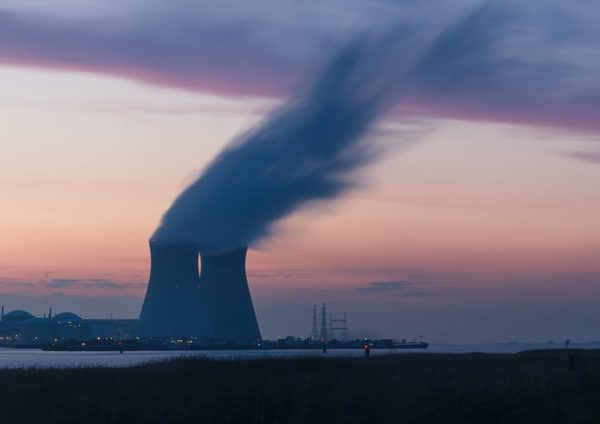 Nuclear power has long been seen as a viable route to converting the ...