As Donald Trump prepares for this visit to the UK, London Underground lines prepare to strike in protest. Confirmed so far is the Piccadilly Line which links most of London to Heathrow Airport. Drivers on the Piccadilly Line will strike from 9pm on 11th July until 00.01 on the 14th of July. The National Union of Rail, Maritime and Transport Workers (RMT) claim that the staff are striking over working conditions and staffing. The strike will affect more than 1.5 million people across the 3 days with over half a million passengers travelling on the Piccadilly Line. The planned strike also runs through many stations near the route of the anti-Trump march planned on the 13th. 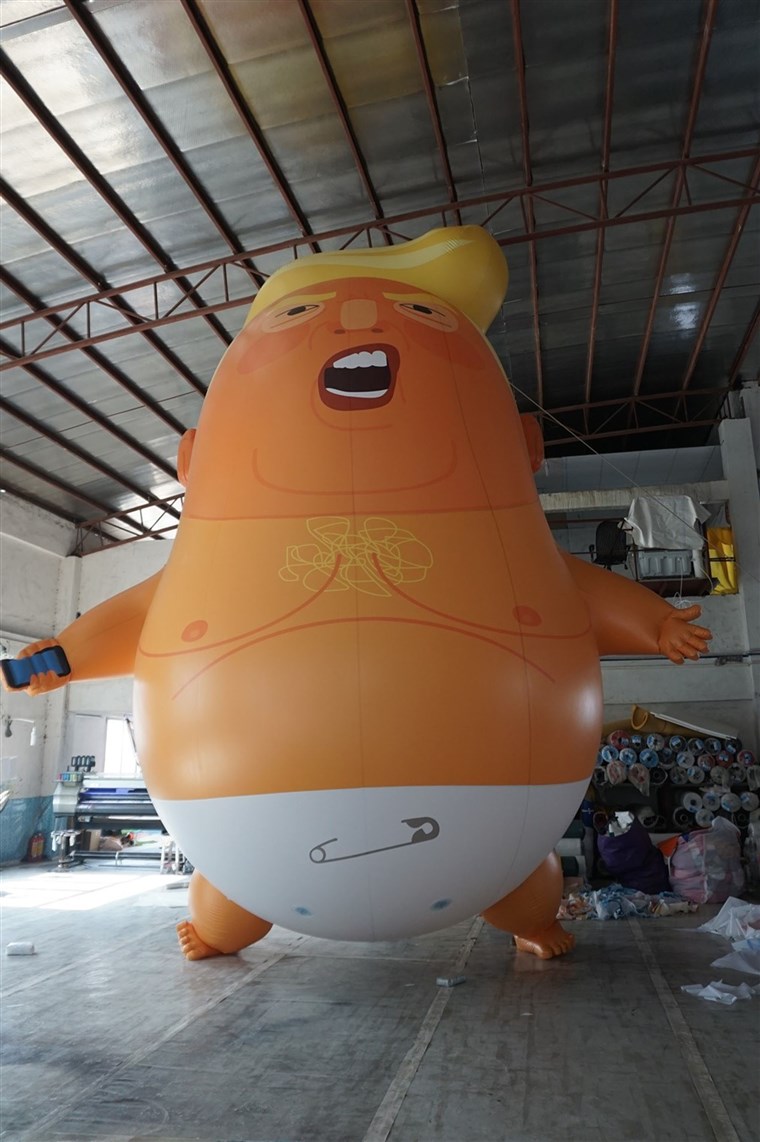 The inflatable balloon protesters are planning to fly above the London Skyline on the day of Trump’s visit.

Mick Cash, the general secretary of RMT said, “There have been repeated problems on the Piccadilly Line going back a number of years which have led to dispute after dispute and the failure of LU management to get a grip has tipped the situation over the edge yet again.That is why we have had no option but to put on these strike dates. Every effort by RMT reps to negotiate a settlement has been obstructed by the company and it is now down to LU bosses to start listening to their members, take the raft of issues at the heart of this dispute seriously and start engaging in a way that will allow us to make some genuine progress.”

While this may be true, it cannot be ignored that the strike will take place on the very day that Donald Trump is due to visit England (13th July). Thousands of people have already planned their protests across london, with some people planning to fly a six-metre tall Baby Donald Trump over the London Skyline.  Leo Murray, who plans to float the helium filled blimp across London, said that “moral outrage has no affect on Trump because he has no shame, he’s immune to it.But he has a tremendously fragile ego so ridicule is an effective form of protest. So we want to make sure he knows that all of Britain is looking down on him and laughing at him.” The controversial balloon must have permission from London Mayor Sadie Khan, who has already been known to have publicly clashed with trump on everything. It begs the question, if the balloon does indeed fly across London, does this mean Khan has given his approval to what is in effect a public shaming of Trump?

Britain. Please salute Trump as he drives by on his UK visit… pic.twitter.com/s3On97DxiP

The President of the United States, Donald Trump, is due to meet Theresa May while his wife, Melania Trump will also be joining him on a ‘working visit’. There was hope back in April that Donald Trump may avoid visiting London because of the expected protests but the US Ambassador has said that the ‘thick skinned’ president would not be put off by the demonstrations. Back in April he said “He will definitely be coming to London.”

Even though the US Ambassador believes that Trump is thick skinned, it doesn’t stop the UK employing over 10,00 cops and SAS troops to form a ring around Trump during his visit. The  counter-terror ‘robocops’ will also be on terror alert for an attack with 40 police cars and motorbikes have been demanded whenever Trump travels by road to shield him from any assassination attempts. This is already proving to be an expensive trip. It will be the first time the US president has made a trip to the UK since his inauguration.

The #CarnivalofResistance map is live! Find & share details of transport to London for 13 July march and rally or actions local to you https://t.co/7jpn4zdKbv #Resist #StopTrumpism @PeoplesMomentum @StandUp2TrumpUK @The_TUC

More than 50,000 people are expected to travel to central london on the 13th of July to march in protest. The march is due to begin in Portland Place and end up in Downing Street.  It would seem the Piccadilly Line tube drivers may join the other protestors on the march. Will this be one tube strike Londoners won’t be moaning about?

A Sunday Kind of Love: A Review of Sport